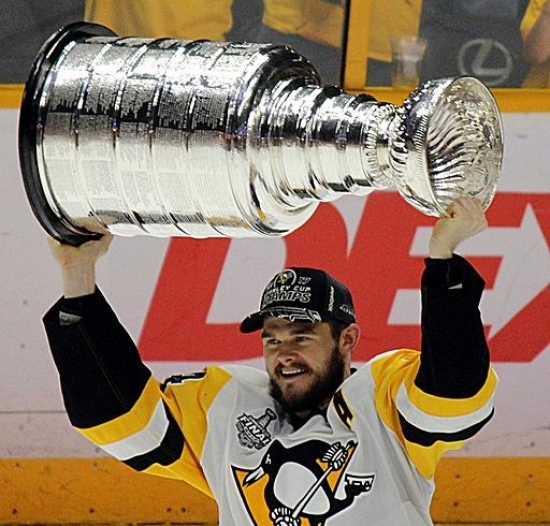 Chris Kunitz was traded from the Anaheim Ducks late in 2008-09 season with the hope that he would provide potency to the Penguins' second line ahead of their playoff run.  That is precisely what he would do.

Kunitz helped the Penguins win the 2009 Stanley Cup, and he would score 14 Points in the post-season.  The Left Winger was not a player who was going to lead the lead in any traditional metric, but he could check with the best of them and live up to the cliché of leaving it all on the ice.

Kunitz was surprisingly named a First Team All-Star in the strike-shortened 2012-13 season, and he would later assist the Penguins in winning the 2016 and 2017 Stanley Cup.  Kunitz signed with Tampa Bay as a Free Agent after his third Cup win, and he would score 388 Points overall for the team.