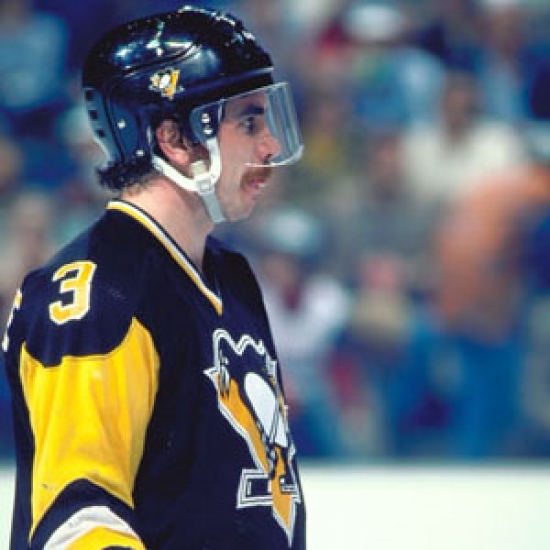 Ron Stackhouse played four and a half years in the NHL (with the California Golden Seals and Detroit Red Wings) before he was traded to the Pittsburgh Penguins during the 1973-74 Season.  It was in Western Pennsylvania where he really found his groove.

An All-Star in 1980, the Defenseman would have two seasons where he was among the better scorers at his position.  Those were in 1974-75 and 1975-76, where he had 60 and 71 Points, respectively.  During that stretch, Stackhouse tied two NHL records with four Assists in one period and six Assists by a Defenseman in a game.  Stackhouse would have two more 40 Point seasons and would retire after the 1981-82 Season.

Overall as a Penguin, he scored 343 Points.