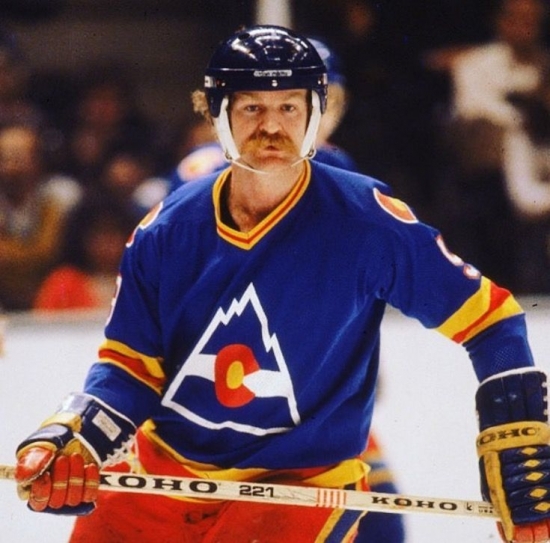 In between Toronto and Calgary, Lanny McDonald was in Colorado, but not the Avalanche, but the Rockies.  Despite the cold climate, it was hockey purgatory.

The man with the epic mustache was one of the biggest reasons to catch a Rockies hockey game for a two-year period (1979-81).  McDonald was traded to spite Darryl Sittler, who had clashed with Maple Leafs GM, Punch Imlach.  Since Sittler had a no-trade clause, he traded his good friend and linemate, McDonald, instead.

The Rockies were not a good team when he was there, but McDonald averaged .99 Points per Game and was their best player.  After two years, McDonald was dealt to Calgary, where he would later lead them to a Stanley Cup.

McDonald entered the Hockey Hall of Fame in 1992.