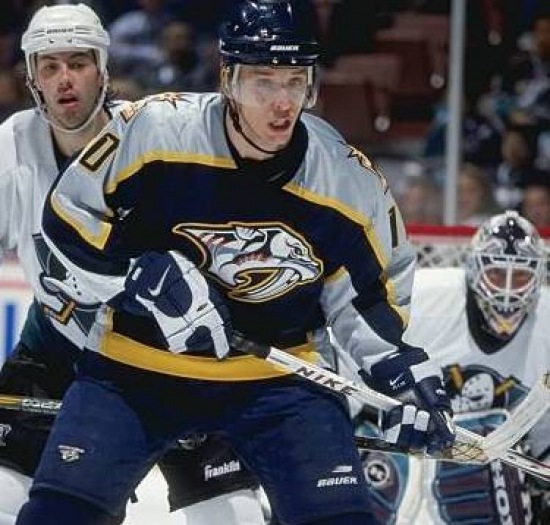 Patric Kjellberg first made it to the National Hockey League with the Montreal Canadiens for seven Games in the 1992/93 Season.  Following that, the Swedish Wing elected to return home to play in the home country, but he was lured back to the NHL as a Free Agent when the Predators signed him for their opening season.

Kjellberg was a solid producer for Nashville, netting over 40 Points in his second and third year with the team.  He was traded to Anaheim early in the 2001/02 campaign, and his overall total with Nashville was a respectable 126 Points in 246 Games.