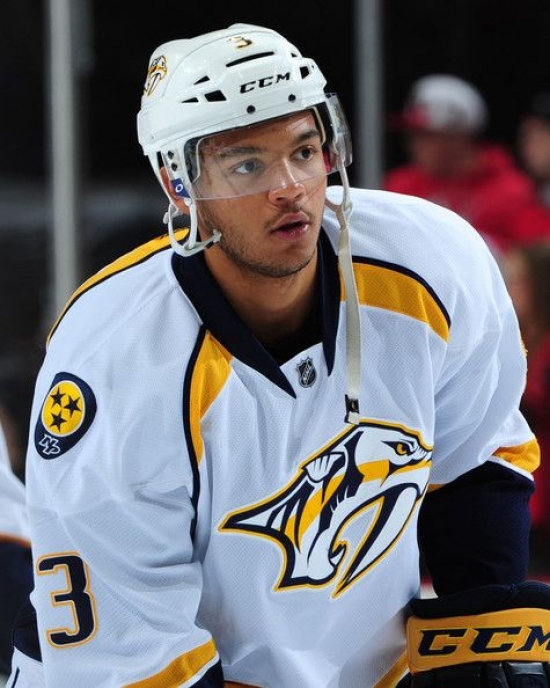 The son of the popular basketball player, Popeye Jones, Seth followed his father's footsteps to the arena, albeit on the ice instead of the hardwood.

Jones was highly coveted in the 2013 Draft, and the Predators landed him with the Fourth Overall Pick.  Jones made the team as a rookie, scoring 25 Points with an 11th place finish in Calder voting.  He improved as expected in his second year, bringing his total to 27, but shoring up his weaknesses.  While Jones was a star on the rise, the Predators thought they needed to go in another direction, and they traded him straight up for Ryan Johansen in his third year.

Jones had 63 Points in 199 Games for Nashville.