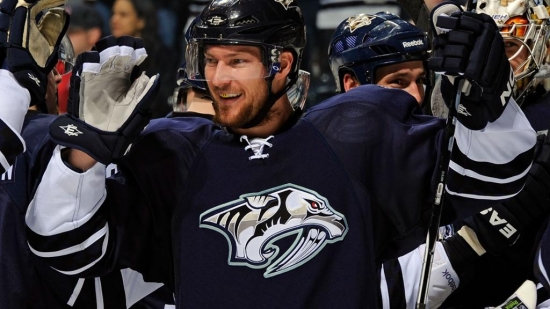 Kevin Klein played his first 403 Games in the NHL with the Nashville Predators, who selected him in the Second Round in 2003.  Klein only played 18 Games for the Predators in his first three years, spending most of his time in the AHL, but by 2008, he was never sent down again.

Klein would find his role as a lockdown defender, known for his clean play.  The blueliner’s best year in Nashville was in 2011-12, where he had 21 Points with only four Penalty Minutes and 173 Blocked Shots.

Klein was traded to the Rangers midway during the 2013-14 campaign, and with the Predators, he produced 82 Points with 716 Blocked Shots.