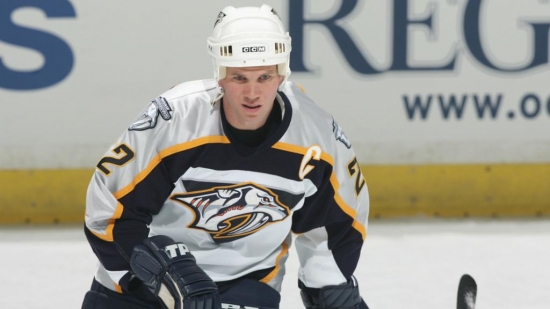 Greg Johnson was an original Nashville Predator, having been chosen from Chicago in the Expansion Draft.  The Predators would be the last NHL team he ever played for, and by far, where he had his greatest individual success.

Johnson scored a career-high 50 Points and was a stalwart on the penalty kill.  He would have two more 40-Point years for Nashville, collecting 238 in total for the Predators, before signing with Detroit as a Free Agent in 2006, though he would never play for them.  Notably, 17 of his Points in Nashville were short-handed.