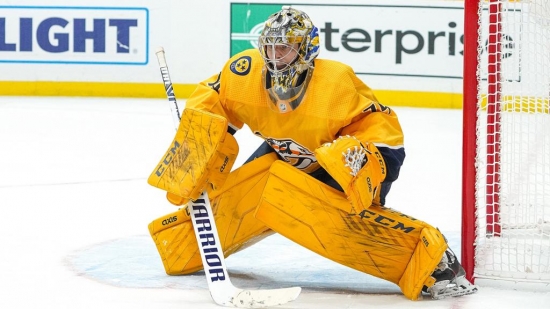 Juuse Soros is still a Predator as of this writing, and arguably he is either on the cusp of greatness or mediocrity.

Drafted in 2013, Finland’s Saros arrived in North America two years later, bouncing back and forth between the AHL and NHL and earning All-Rookie honors in 2017-18, though he only played 26 Games that year.  Saros became the lead Goalie in 2019, and last year, he had his best season, finishing sixth for the Vezina with a 2.28 GAA.

Saros is a player capable of a monster year, but that would have to happen soon.