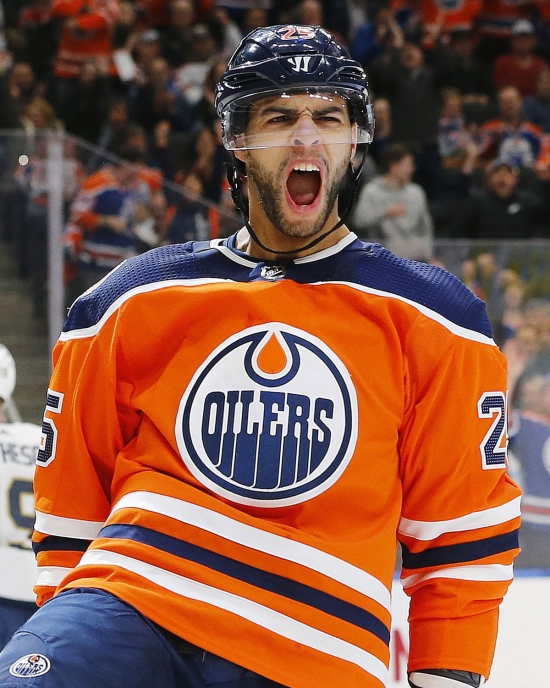 After the Edmonton Oilers used their First Round (7th Overall) Pick in 2013, the squad allowed their highly touted, Defenseman, Darnell Nurse, to stay in the OHL with Sault Ste. Marie.  After a year in the AHL, Nurse was ready to be promoted to the NHL.

The Oilers “nursed” the Defenseman along, limiting his playing time, but keeping him on the roster to gain experience.  With imposing size and speed, Nurse’s early years were focused on the defensive side, but each year his offensive skill set improved.

Last season, Nurse had his breakout campaign, though it was largely underreported on.  Finishing seventh in Norris voting, Nurse posted 36 Points, his third consecutive 30-plus season, but he lit the lamp 16 times, 15 of which on even strength.  Nurse led the NHL in Defensive Point Shares, and had a stellar Plus/Minus of +27.

Nurse is poised to rise even higher on this list, as his potential has now been realized.