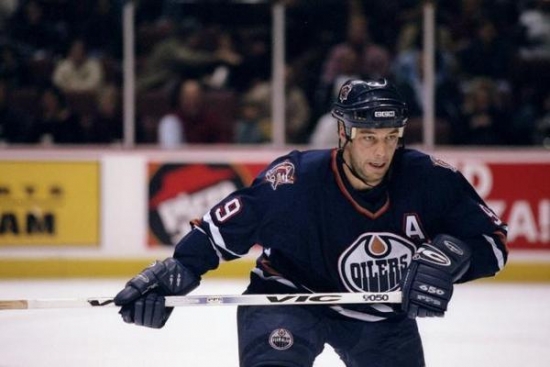 Bill Guerin only played 211 Games for Edmonton, but his combination of speed, skill, and grit made him a fan-favorite for any small market Canadian city.

The Right Wing had already won a Stanley Cup with the New Jersey Devils when he was traded to the Oilers in January of 1998, and he would help them reach the second round of the playoffs.  In the next two seasons, he would post 64 and 46 Point seasons, showing off strong skill on both sides of the ice.  He would be their power-play star, showing a career-high 13 Power Play Goals in 1998-99.

Guerin was not just popular among Oilers fans, but his teammates alike.  When he was surprisingly dealt to the Boston Bruins in November of 2000, his teammates rushed to his house to console/support him.  Guerin was distraught as he enjoyed being an Oiler, but he went on to have an All-Star season (his first of four) and would later win his Stanley Cup as a Pittsburgh Penguin in 2009.

In his far too brief run, he scored 161 Points for Edmonton.