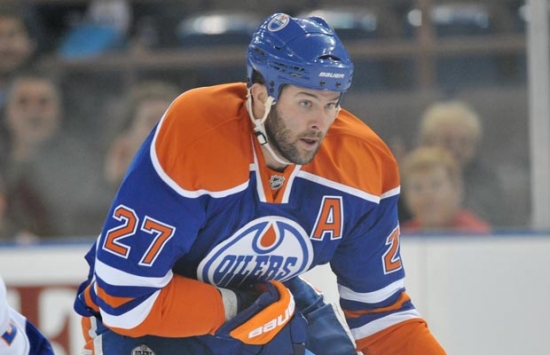 Before Dustin Penner arrived in Edmonton, he had won a Stanley Cup with Anaheim, and when he left, he would win a second with the Los Angeles Kings.  While he never played a post-season game with the Oilers, his best individual play happened with that team.

Penner played with the Oilers for three and a half seasons, and he would debut with 47 Points in 2007-08.  The Left Wing had 37 Points the year after but would have the best year of his career after where he had personal highs of 32 Goals, 31 Assists, and 63 Points.  He was traded to the Kings for their Stanley Cup run in 2011, and overall as an Oiler, he would have 186 Points with a .61 Points per Game Average.