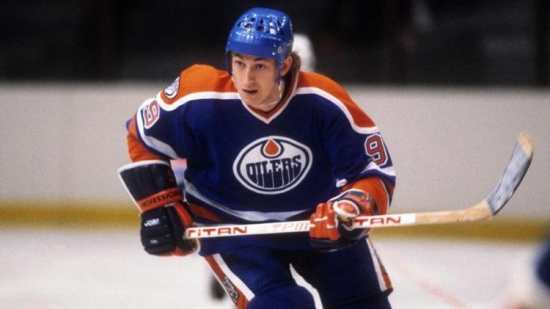 So, where do we start?

You hear the term “prodigy” thrown around a lot, but in terms of what a hockey prodigy was/is, there is nobody where those words suited better than Wayne Gretzky.

Anybody who saw him play as a teenager knew that this was a special player who was always steps ahead of his competition and had better offensive ice vision than anyone else who ever played.  As the NHL had a rule about signing under-20, Gretzky signed with the Indianapolis Racers of the World Hockey Association. Still, after eight games, they were hemorrhaging money, and he would be traded to the Edmonton Oilers for Cash.  In what would be the final season of the WHA, Gretzky was named the Lou Kaplan Trophy winner (WHA's version of the Rookie of the Year) and was third in scoring.

The Oilers were able to keep two skaters when they merged with the National Hockey League, and of course, Gretzky was one of them.  Those who thought that Gretzky might falter in the more elite NHL, but they could not have been more wrong.

Gretzky scored 137 Points and won the Hart Trophy (for the first of eight straight times) as the league's MVP, and it was "up, up, and away" from there.  In 1980-81, he would set a new record for Points with 164 and won his first of what would be seven straight Art Ross Trophies.  This would start the trend of Gretzky setting records, only to break them himself, while making the city of Edmonton the go-to destination for hockey fans.

Already a two-time 50-Goal scorer, Gretzky put the puck in the net 92 times in 1981-82 after shattering the 50 Goals in 50 Games mark by doing it in 39 Games.  “The Great One” also had 120 Assists totaling 212 Points, making him the first to accumulate over 200 Points in a season.  He followed that up with a 196 Point campaign, but Gretzky had more to accomplish for the Edmonton Oilers.

Gretzky took the Oilers to a Stanley Cup Final in 1983, where they lost to the New York Islanders, who had won four in a row.  The Oilers were loaded with talents like Gretzky, Mark Messier, Jari Kurri, Paul Coffey, Glenn Anderson, and Grant Fuhr, and the Oilers won their first Stanley Cup in 1984.  That season, Gretzky had his second 200 Point Season (205) with 87 Goals.  The Oilers won it again in 1985, with Gretzky winning the Conn Smythe and having another 200 Point Season (208).

1985-86 was bittersweet for Gretzky.  He would set single-season records of 163 Assists and 215 Points, but the Calgary Flames bounced the Oilers in the Playoffs, but the melancholy was short-lived.  Gretzky again took the Oilers to Stanley Cup wins in 1987 and 1988, the latter seeing him win his second Conn Smythe Trophy.

The legend of Gretzky in Edmonton after his fourth Stanley Cup as he was traded to the Los Angeles Kings.  He had requested a trade after learning that Peter Pocklington, the Oiler Owner, had been shopping him as his other business ventures were not doing well.  Gretzky was traded to Los Angeles Kings on August 9, 1988, a move that every Canadian remembers where they were when they heard it.

Gretzky goes down as the most exceptional playmaker that the game of hockey has ever seen and his overall numbers with Edmonton shows off the following:

Gretzky may have left Edmonton as a player in 1988, but he will always own the city.