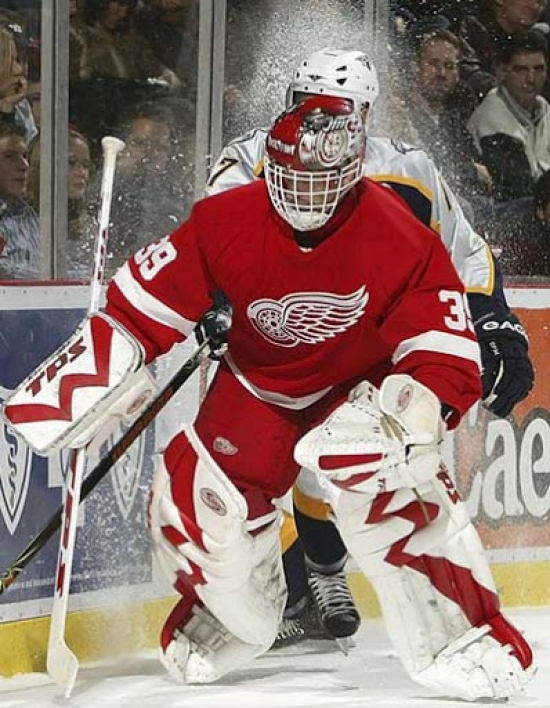 Dominik Hasek was the best Goalie in the NHL, but while he was playing for the Buffalo Sabres, who were not blessed with the most fantastic assortment of talent, but nevertheless he carried them to the Stanley Cup Finals in 1999.  Frustration grew, and as the Czech superstar was past 35, he sought a trade, which was granted when the Sabres sent him to Detroit in 2001.

Hasek took over as the Red Wings’ top Goalie, and for the first time in his career, he led the NHL in Wins.  He backstopped Detroit a Stanley Cup win, the first of Hasek’s career, and he retired afterward, though that lasted only a year.

He returned for 2003-04, but it was also short-lived as a groin injury held him to sixteen Games.  Hasek signed with Ottawa for a year, and at age 41, came back to the Red Wings in a platoon role.  His last season in the NHL was 2007-08, where he co-won the William M. Jennings Trophy with Chris Osgood, and he left as a Stanley Cup Champion, with the Red Wings winning it all in 2008.

Hasek was chosen for the Hockey Hall of Fame in 2014.

More in this category: « 49. Bob Probert