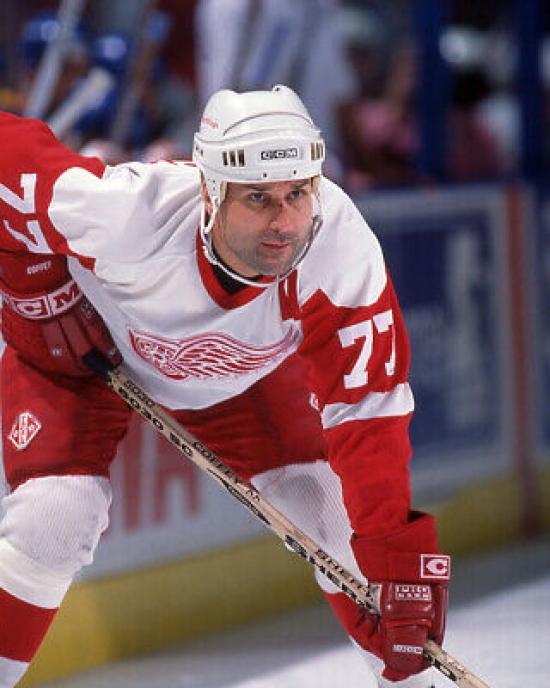 Paul Coffey was one of the greatest offensive Defensemen in the history of Hockey, but it is fascinating how many teams he played for at an elite level.

Before Coffey arrived in Detroit, he had won three Stanley Cups, and two Norris Trophies in Edmonton, a fourth Stanley Cup in Pittsburgh and was reunited with Wayne Gretzky in Los Angeles.  The Kings traded Coffey to Detroit in January of 1993, where he continued his offensive dominance from his position.

Coffey finished off his season ninth in Calder voting, and in his first full year in Motown, he had 77 Points in a seventh-place Norris year.  Coffey won his third Norris Trophy in the 1994-95 strike-shortened year, becoming the first since Red Kelly in 1954 to capture the trophy.  The Red Wings reached the Stanley Cup Final that year but were swept by the New Jersey Devils.  Coffey had another excellent year in 1995-96, scoring 74 Points and ending fifth in Norris voting.

The end for Coffey came quickly after, as he was traded to Hartford during the following season after a falling out with Head Coach Scotty Bowman.  With the Red Wings, Coffey averaged 1.03 Points per Game.

Coffey was enshrined in the Hockey Hall of Fame in 2004.