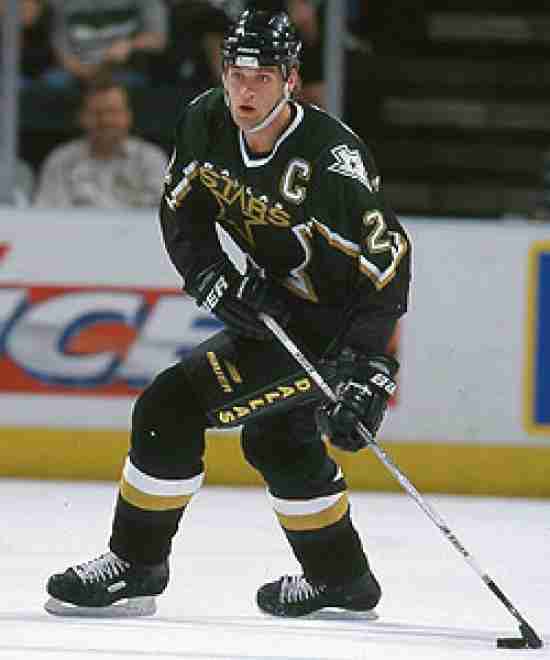 The younger brother of U.S. Hockey Hall of Famer Kevin Hatcher, Derian Hatcher was the leader of the Stars defensive corps for years.

Hatcher wasn’t a scorer, but he with his powerful frame he intimidated his opponents with bruising checks and intelligent play.  Mike Modano received the most press when the Dallas Stars won their Stanley Cup in 1999, but it was Hatcher who was the captain of the team, a role he held for eight years.  Hatcher’s overall importance to the organization is hard to quantify but rest assured it is high!