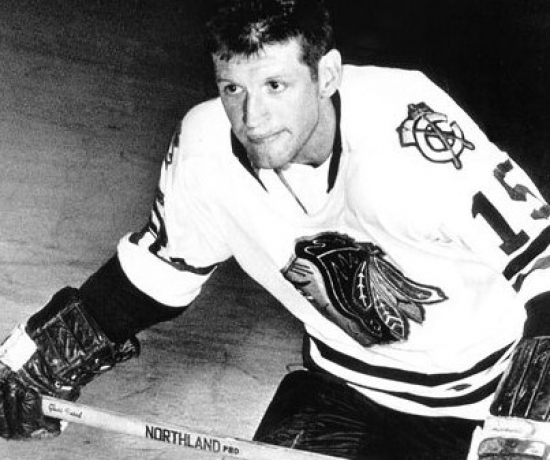 As of this writing, Eric Nesterenko is one of six former Chicago Blackhawks to play 1,000 Games for the franchise and in the case of the former Right Winger he suited up for 1,013 Games in the Windy City, which is the fifth most ever.

Nicknamed “Elbows” for his ability to punish you in the corners with that aforementioned joint, Nesterenko played a very physical game and he was in the top ten in Penalty Minutes five times, but that didn’t mean he took a lot of bad penalties.  The native of Manitoba was often used on the Power Play but he really excelled on the penalty kill where he would twice led the National Hockey League twice in Short-Handed Goals and 22 of his 25 SHG would take place as a Blackhawk.

Despite his proficiency to score when his team was outnumbered, Nesterenko was not an elite lamplighter as he only had one 20 Goal season, though his 495 Points as a Chicago Blackhawk was certainly nothing to look down upon.

The fact that Nesterenko was a player that Chicago held onto for so long and that he would help them win a Stanley Cup in 1961 shows what type of valuable player he was to the organization.