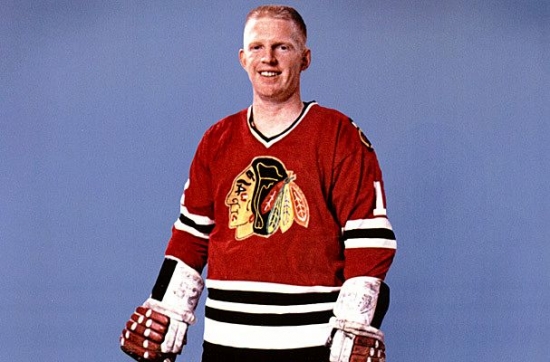 Before he was a Chicago Blackhawk, Pat Stapleton was a Toronto Maple Leaf for all of one day as he was left unprotected after being traded from the Boston Bruins.  Had the Bruins knew what Stapleton was going to accomplish in Chi-Town they likely never would have traded him and Leafs would never have left him unprotected.

In his first season with Chicago, Stapleton was a Second Team All Star and was third in Norris Trophy voting.  He would later have four consecutive 40 Point seasons and in the 1970-71 and 1971-72 season he again was a Second Team All Star and in both seasons he was fourth in Norris voting.  Stapleton’s rank here would have been higher had he not decided to be one of the many players to join the upstart World Hockey Association.  Coincidentally, he would stay in Chicago joining the Chicago Cougars.