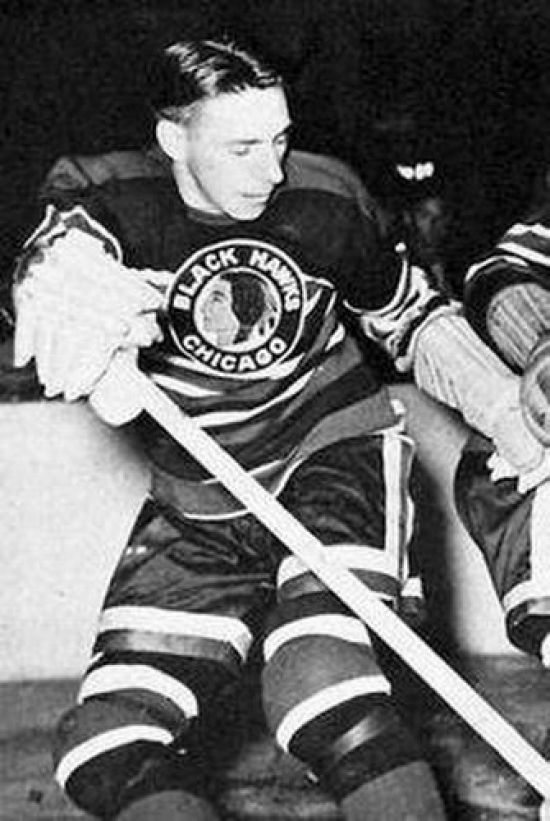 Max Bentley was not supposed to play in the NHL as the native of Saskatchewan was told by the Montreal Canadiens (who had his rights) that a heart condition would prevent him from being a professional hockey player.

As you can see, the Habs physician was wrong.

His brother Doug (who was blown off by the Boston Bruins) latched on with Chicago and got his brother a tryout.  Eventually, Max was signed by Chicago and in the 1942-43 season he would blossom in a league starved for talent due to the glut of many players leaving for World War II.  Max would have a 70 Point season and was named the Lady Byng Trophy winner, but he too would serve his country and would be in the Canadian Army for two years.

Max returned to NHL for the 1945-46 season and he would be placed on a line with his brother and Bill Mosienko forming “The Pony Line”, a nod to their small stature and overall quickness.  It was an incredible year, as he would have his finest campaign winning the coveted Hart Trophy while leading the NHL in Points.  In the season that followed he would again lead the NHL in Points with a career high 72 and he was third in Hart Trophy voting.  What would happen after that would be shocking.

Six games into the 1947-48 season, the Blackhawks who may have had the Pony Line didn’t have much else made a desperate move and traded Max for a slew of talented players thus ending a powerful yet brief run.

Max Bentley would enter the Hockey Hall of Fame in 1966.