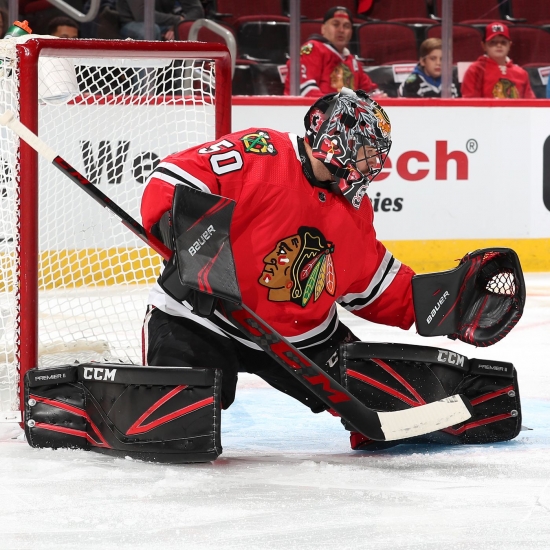 Corey Crawford was drafted by the Chicago Blackhawks in 2003 (52nd Overall) but it was not until the 2010-11 Season where he saw significant playing time for the parent club.

Crawford became Chicago’s top Goalie, where he had the task of helping them defend their Stanley Cup Title.  The Blackhawks did not repeat as champions in 2011, but Crawford was the Goalie behind their wins in 2013 and 2015.  A two-time winner of the William M. Jennings Trophy and two-time All-Star, Crawford finished in the top ten in Save Percentage four times, and was in the top ten in Vezina trophy three times.