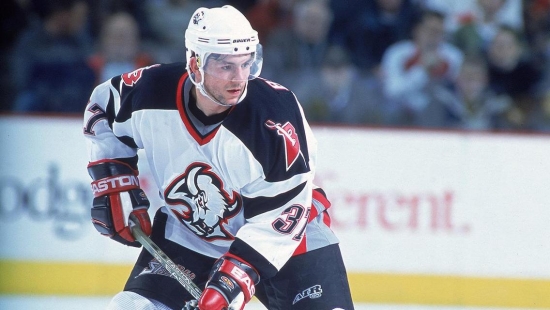 A Second Round pick in 1994, Defenseman Curtis Brown played in five Games for the Buffalo Sabres over his first two seasons as a professional hockey player.  After appearing in 28 Games in 1996-97, Brown was an NHLer for good the following season.

Brown would be used on the third or fourth line, and his versatility allowed him to play at either Center or Left Wing.  Also useful on the penalty kill, Brown's best season was in 1998-99, where he scored 47 Points and finished fifth in Selke voting.  Brown would exceed that points mark the following year with 51, and he had 30-plus Point campaigns the next three years.  Brown would be traded to San Jose during the following season.