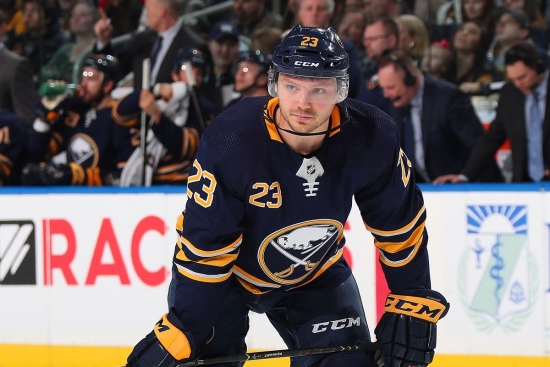 Taken Second Overall in 2014, Sam Reinhart finished up with Kootenay of the Western Hockey League before making his debut for the Sabres late in the season.

The Center would score 23 Goals as a rookie (2015-16) and was ninth in Calder voting.  Reinhart did not break 20 Goals the following year but would crack that mark the next four seasons, peaking at 25 in both 2017-18 and 2020-21.  Still a Sabre, Reinhart is one of the few bright spots on a team that has been struggling for years.