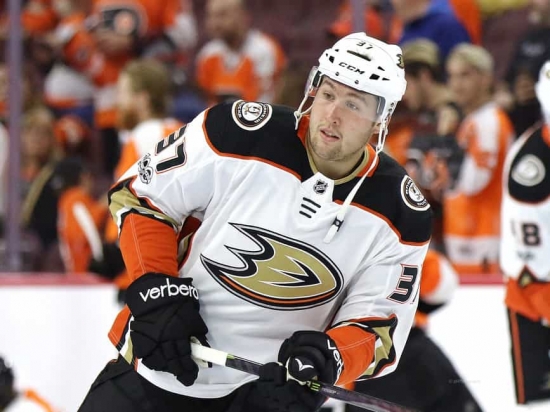 Nick Ritchie was taken Tenth Overall in 2014, and the sturdy Left Wing made it to Ducks roster the year after.  Ritchie scored 28, 27, and 31 Points respectively in the next three years, which were decent totals, but the Ducks brass were likely hoping for more based on his potential.  Ritchie was traded to the Boston Bruins in 2020, and he had 109 Points as a Duck.

It can be argued that Ritchie's power forward style has not translated well into the NHL, and he was a disappointment as a Duck.  Still, on a team as young as Anaheim, his overall accomplishments and tenure land him a rank on this list.