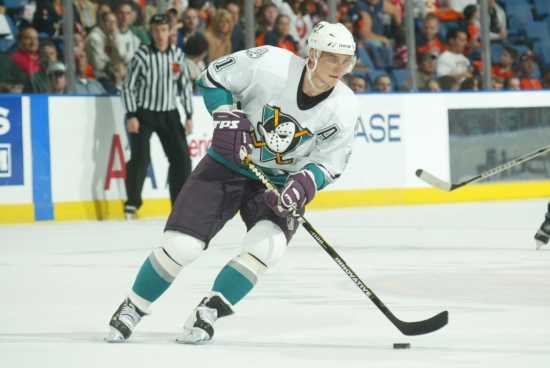 Following 13 seasons with the Detroit Red Wings, where he won a Hart, three Stanley Cups, and two Frank J. Selke Awards, Sergei Fedorov signed with Anaheim as a Free Agent in 2003.

Fedorov's prime was done, but in his first year with the Ducks, he accumulated 65 Points. Following the 2004-05 lockout, Fedorov was traded early in the 2005-06 season to the Columbus Blue Jackets. While he only played 85 Games for the Ducks, he had 8.0 Point Shares.

Federov was named to the Hockey Hall of Fame in 2015.