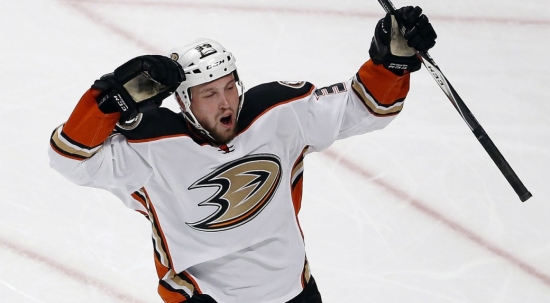 Matt Beleskey made his money in the NHL as a grinder and checker, and it was in Anaheim where he played the first half of his pro career.

Beleskey played for Anaheim from the 2008-09 Season to 2014-15, and it was that last year that landed him on the tail end of this list.  The Winger scored a career-high 22 Goals, and had 112 Points for the Ducks.  Beleskey signed with the Boston Bruins after that year as a Free Agent.

It should be noted that his playoff Points per Game totals were .50, significantly up from his .34 PPG in the regular season.