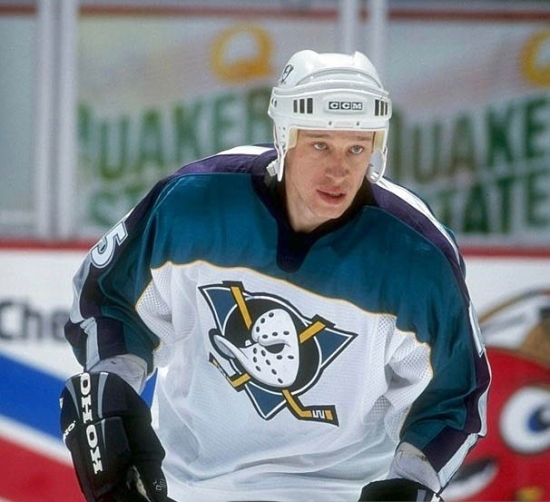 You don’t think of the Mighty Ducks of Anaheim when you look at Dmitri Mirinov’s career, and that is not a surprise, considering that he never played a season beginning to end with Anaheim.  Mironov would have a higher PPG in Anaheim than he did for every other team (except Detroit, which was the same).

Mironov was traded to Anaheim in November of 1996, and he finished the year with 46 Points in 62 Games.  In those playoffs, the Defenseman had 11 Points in 11 Games, and he was arguably in the best hockey run of his career.  Mironov had an excellent start to the 1997-98 campaign, where he had 36 Points in his first 66 Games and was named to the All-Star Game.  At the trading deadline, Mironov was sent to the Detroit Red Wings, where the impending Free Agent helped the Red Wings win the Stanley Cup.

Mironov had 82 Points over 128 Games as a Mighty Duck.