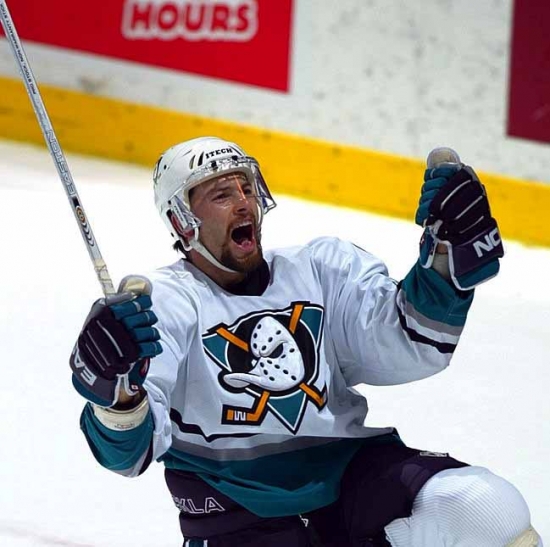 Petr Sykora played for the New Jersey Devils for seven seasons, winning a Stanley Cup before he was part of a seven-player deal that sent him to the Mighty Ducks of Anaheim.

Sykora did not put up the same offensive numbers in Anaheim that he did in New Jersey, but in both of his full years as a Duck, he had at least 50 Points, including 15 Power Play Goals in the 2002-03 season.  That was also the year he went back to the Stanley Cup Finals, helping Anaheim win their first Western Conference Title.