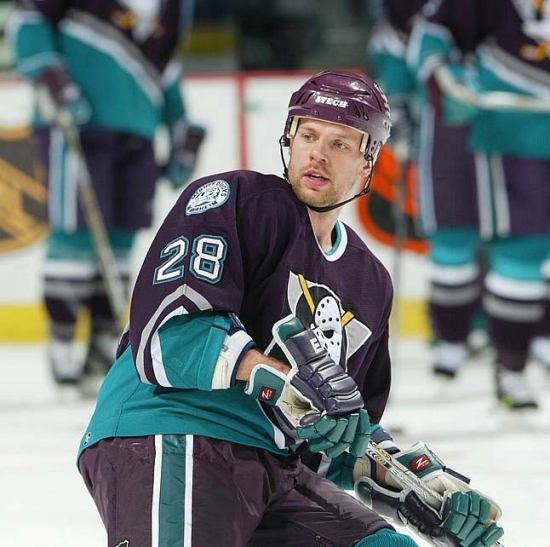 Niclas Havelid was a Swedish star blueliner who played in his native Sweden for years before being drafted at age 26 (26?) by the Mighty Ducks in the Third Round of 1999.

Havelid focused on the defensive side in his first three seasons, though his booming shot allowed him power-play opportunities.  In the 2002-03 season, Havelid had a more offensive role, scoring 33 Points, 15 of which coming on the power play.  He played one more year with Anaheim, where he again had a lot of success on the power play, scoring 21 of his 26 Points in that role.

After the 2003-04 Season, Havelid was traded to the Atlanta Thrashers, leaving Anaheim with 85 Points.