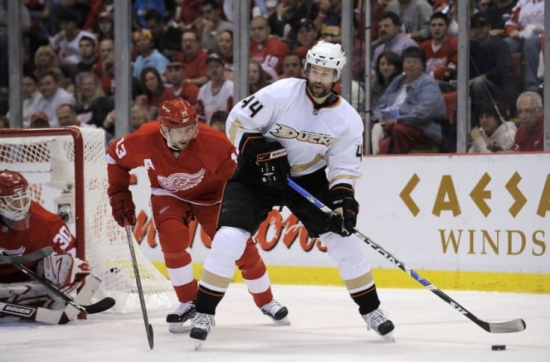 The younger brother of Hockey Hall of Famer, Scott Niedermayer, Rob Niedermayer carved out a long career full of grit and leadership, and he brought that to Anaheim when he was traded there before the Ducks' 2003 playoff run.

The checking Center helped Anaheim reach the Finals, where his team lost to his brother’s New Jersey Devils team.  Scott would later join Rob, and the two won the first Cup for Anaheim with Rob as the Assistant Captain of the team.  Niedermayer left as a Free Agent for New Jersey in 2009, and he would score 124 Points over five years and change as a Duck.

As we often saw, should this rank seem low (and initially it did to us too), his overall Point Shares of 6.4 with nearly 400 Games Played have to be considered.