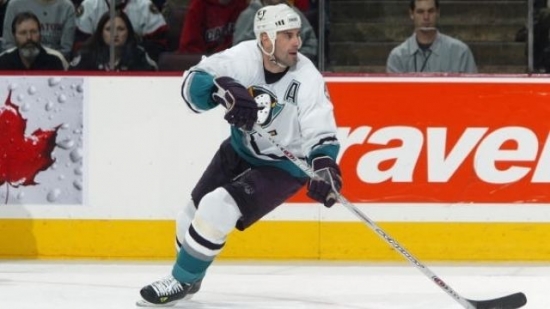 A native of Rhode Island, Keith Carney was a well-traveled Defenseman's arrival to the Mighty Ducks of Anaheim was his fourth NHL team (after Buffalo, Chicago, and Phoenix).

Carney would play in Southern California for three years and change where he was a veteran blueliner who, at his best, could shut down attackers and provide leadership. Carney was not a scorer, but he had a 22-Point year in 2002-03 and had 61 Points overall for Anaheim before he was traded to the Vancouver Canucks during the 2005-06 Season.