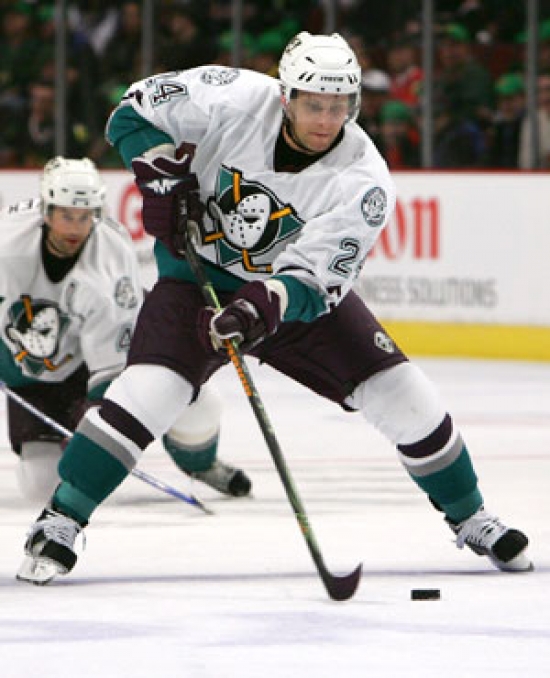 From Minsk, Ruslan Salei was taken Ninth Overall in the 1996 Draft, and he would play there until 2006 when he signed with the Florida Panthers.

Salei had a booming slap shot and could pass, but his role in Anaheim was to be a shut-down defenseman, and he did that well.  Salei brought a formidable and rugged presence to the Ducks' blueline, and though he wasn't scoring, he expertly stopped others from doing the same.

Sadly, Salei was one of the Lokomotiv Yaroslavl team members that all died in a plane crash in 2011.