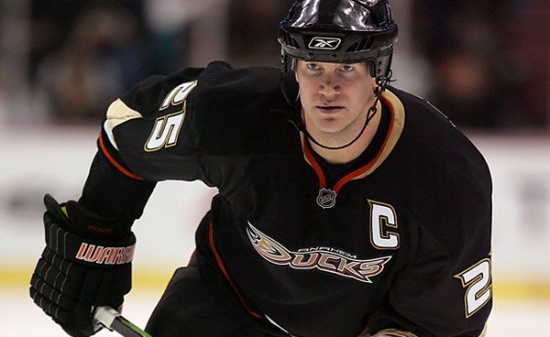 Before he arrived in Anaheim, Chris Pronger had what could be considered a Hall of Fame career.  The Defenseman already won a Hart Trophy and Norris Trophy, which is enough for one hell of a hockey career.  Playing for the St. Louis Blues for most of his career, Pronger was an Edmonton Oiler for one season but was unhappy and requested a trade.  The Oilers acquiesced and dealt him to Anaheim, where he earned the one thing that his career missed…a Stanley Cup.

Pronger played for Anaheim for three seasons, the first of which earned him a Second Team All-Star.  In that post-season, he was the defensive anchor and would win his team the Stanley Cup and for himself the Conn Smythe as the playoff MVP.  Pronger finished third in Norris voting that year and was eighth the season after.

With Anaheim, Pronger scored 150 Points, and he entered the Hockey Hall of Fame in 2015.