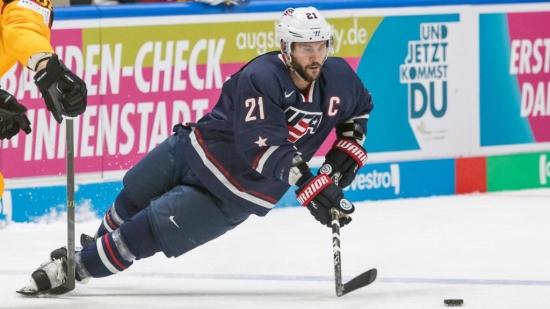 Brian Gionta was a good two way player over his sixteen seasons in the National Hockey League and everywhere he went he was lauded for his leadership.  This includes his pre-NHL days where he was the captain of his Boston College team that would win the NCAA Championship.

Joining the New Jersey Devils in the 2001-02 Season, Gionta would slowly improve year by year and in his fourth season he would set a career high of 89 Points, which included what would be a franchise high 48 Goals for the team.  He had won a Stanley Cup with New Jersey earlier (2003) but now he was a leader and would become the Devils’ team captain.  He later would move to Montreal where he would also be named the captain and he would finish his pro career with Buffalo and Boston finishing with 595 career Points.

The story of Brian Gionta also includes him representing the United States in three World Hockey Championships and two Olympics Games, the latter one seeing him participate and represent his county when the NHL would not let players join.  He was of course the captain of that team.

Should Brian Gionta be in the Hall of Fame?