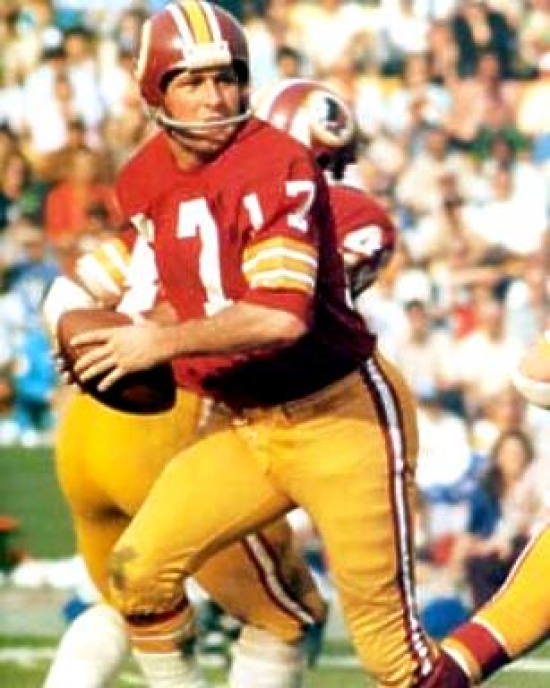 Billy Kilmer was one of the many frustrated players in the early years of the New Orleans Saints, and when they drafted Quarterback, Archie Manning, Kilmer saw the writing on the wall and asked to be traded.   He got his wish when they traded him to Washington in January of 1971.

Kilmer was initially the backup to Sonny Jurgensen, but a shoulder injury to the incumbent vaulted Kilmer to the starter.  The new Quarterback kept his new job even when Jurgensen came back off the disabled list, and Kilmer led Washington to their first Super Bowl appearance, a loss to the undefeated Miami Dolphins.  It was still a great year for Kilmer, who was a Pro Bowl Selection that year and the league-leader in Touchdown Passes.

Kilmer remained their starter until 1977, and he retired after 1978.  He would have 12,352 Passing Yards with 103 Touchdowns against 75 Interceptions as a Redskin.