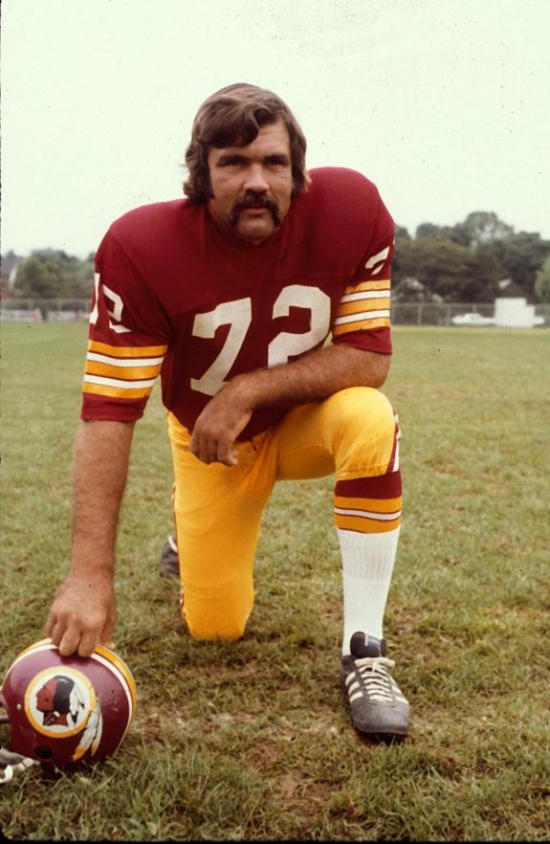 A member of the Los Angeles Rams for his first four years of his professional career, Diron Talbert joined the Washington Redskins in 1971, where he would have a much greater role.

Talbert played at Right Defensive Tackle in his last season in L.A., and the Redskins used him in the same capacity.  He was a starter from 1971 to 1979, going to the Pro Bowl in 1974. Talbert might not have been a superstar, but he was a consistent player for the Redskins, and a big reason that Washington made it to their first Super Bowl in 1972.