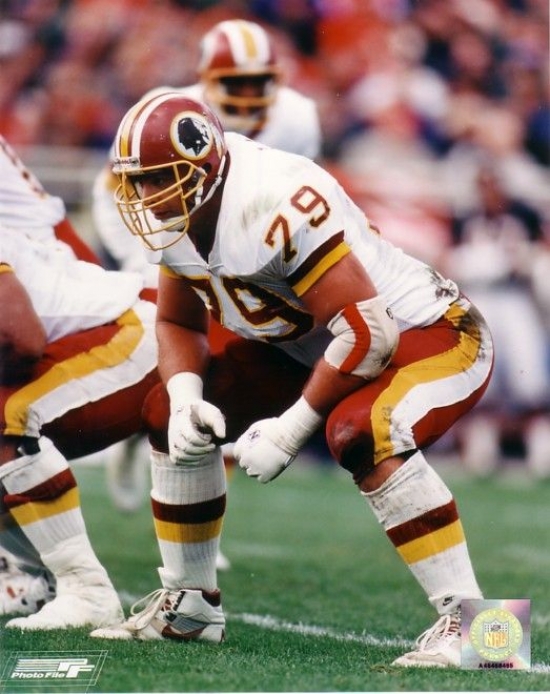 The San Diego Chargers believed that they would not be able to afford their former First Round Pick, Jim Lachey, and they shipped him to the Los Angeles Raiders before the 1988 Season.  His stay in City of Angels was brief, as, after one game, they traded the Tackle to the Washington Redskins for Jay Shroeder.  It is evident who won the deal.

Lachey instantly became a member of the famed “Hogs” O-Line, playing at Right Tackle for the remainder of the 1988 Season, and moving to the left side after.  From 1989 to 1991, Lachey made a claim as the greatest Left Tackle in the NFL, named a First Team All-Pro in all three seasons, and a Pro Bowl in two of them. 1991 was by far his best season in pro football, as his 19 in Approximate Value placed him fourth in the NFL, and his Redskins won the Super Bowl.