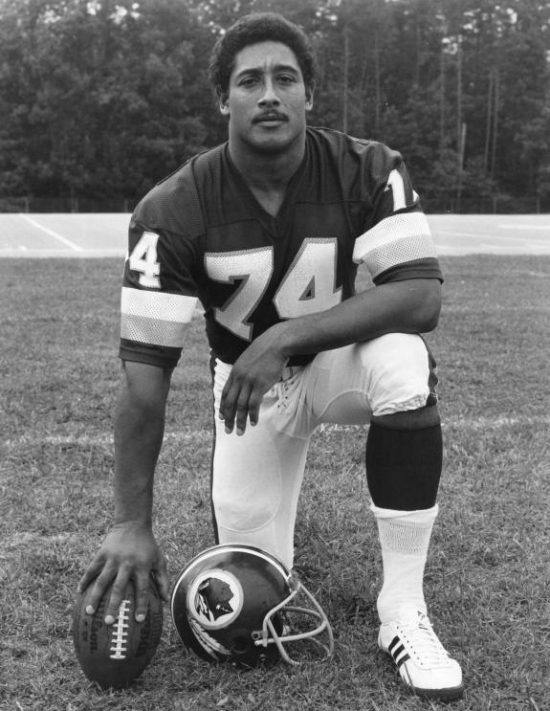 Yes, we are going back to the “Hogs” for our next ranked player.

George Starke was a gem of a find in the 11thRound when the Washington Redskins took the Offensive Lineman from Columbia in 1971.  Starke took over midway through his rookie year as the Redskins’ Right Tackle, and he held that role until 1984.

Starke became one of the leaders of the team and was a team captain for five years.  As the Redskins built their legendary O-Line, Starke was their veteran leader and was their "Head Hog."  Starke might not have been the best Linemen of that vaunted unit, but it was his mentoring that helped make them what they were.

A member of their first Super Bowl Championship (XVII), Starke started 146 of his 156 Games Played.