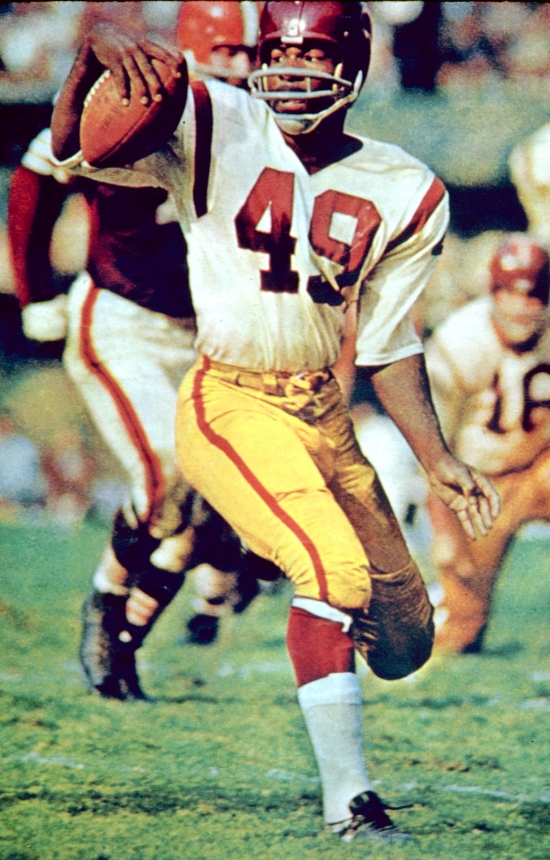 Fearful of what he might have had to pay Davis, Marshall traded him to Cleveland for Bobby Mitchell and Leroy Jackson, who would become the first two black players on the Redskins.  Mitchell had been playing at Halfback for the Browns, was moved to Flanker, and he would lead the NFL in Receiving Yards in his first two seasons in Washington, with his third year seeing him top the leaderboard in Receiving Touchdowns.  Named a First Team All-Pro in 1962, Mitchell was also a Pro Bowler in 1962, 1963, and 1964.

Mitchell had three more good years but declined in 1968 and retired shortly after.  With the Redskins, he would have 6,930 Yards From Scrimmage with 51 TDs.

After his playing career ended, Mitchell became an executive with Washington for decades to come and was at one time the team’s Assistant General Manager.  Mitchell would enter the Pro Football Hall of Fame in 1983.