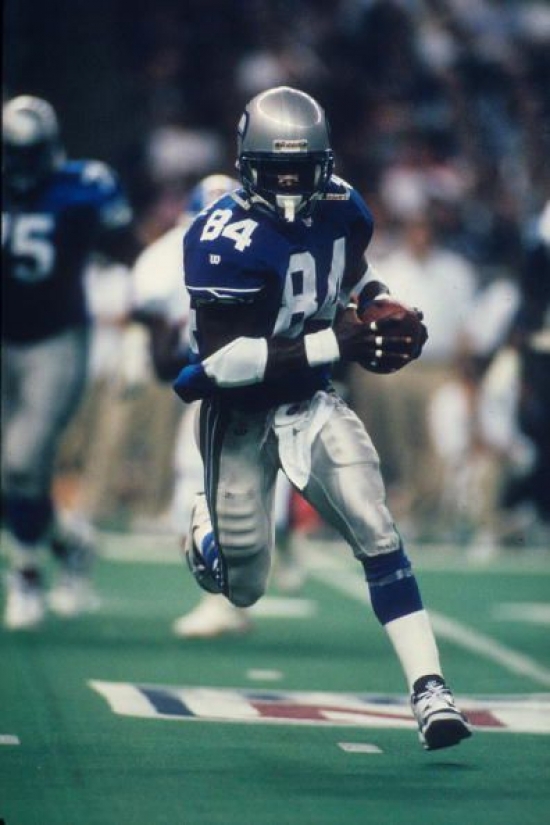 The first five of Joey Galloway’s 16 seasons (1995-99) were with the Seattle Seahawks, where the Wide Receiver from Ohio State lived up to the promise that you would expect from a top-ten Draft Pick.

Galloway's first year earned him All-Rookie honors as he had 1,039 Receiving Yards.  Following that with 987 Yards as a sophomore, Galloway again secured four-digits in Receiving Yards in 1997 and 1998, and he had ten or more Touchdowns in both of those years.  Galloway was not a Pro Bowler, but his numbers put him in the conversation.  Injuries held him to just eight games in 1999, but that would be his final year as a Cowboy.

The Dallas Cowboys were in the market for a top-tier Wide Receiver, and they gave Seattle two number one picks for him, one of which Seattle used to obtain Shaun Alexander.  Galloway had 5,688 All-Purpose Yards for the Seahawks.