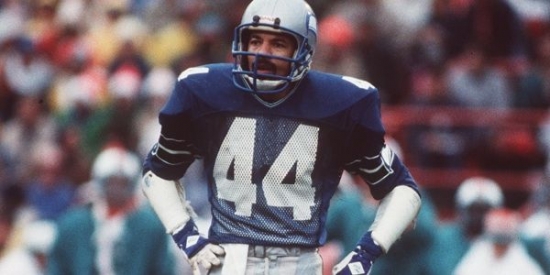 Coming out of Arizona State as a Seventh Round Pick, John Harris made the Seattle Seahawks roster as a rookie.

Harris would be an All-Rookie Free Safety, and while he was never a Pro Bowler, he was a ball hawk who would have 50 Interceptions in his career, 41 of which were as a Seahawk.  His best season was in 1981 when he was second in the NFL in picks with 10.  Harris was traded to Minnesota Vikings in 1987, and with Seattle, he also had 829 Yards as a returner.