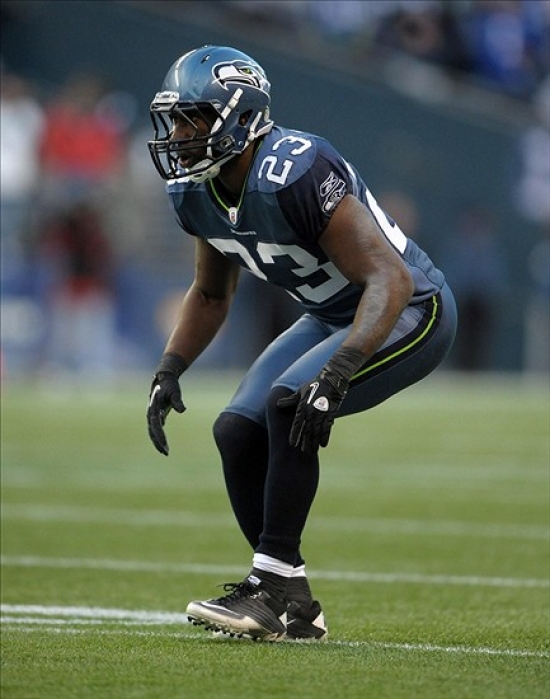 Marcus Trufant was Seattle’s First Round Pick (11th Overall) in 2003, and the former Washington State Cougar was an immediate starter by the Seahawks.

Trufant was an All-Rookie Cornerback, and his entire pro career was spent in the Emerald City.  Trufant’s best season was in 2007, where he had career-bests in Interceptions (7), Interception Return Yards (150), and he was named to the Pro Bowl.  Late in his career, he would help mentor the young Defensive Backs who would become Seattle's "Legion of Boom."

Trufant signed with the Jaguars in 2013 but did not make the team.  Over his career, Trufant would have 21 Interceptions and 646 Tackles.