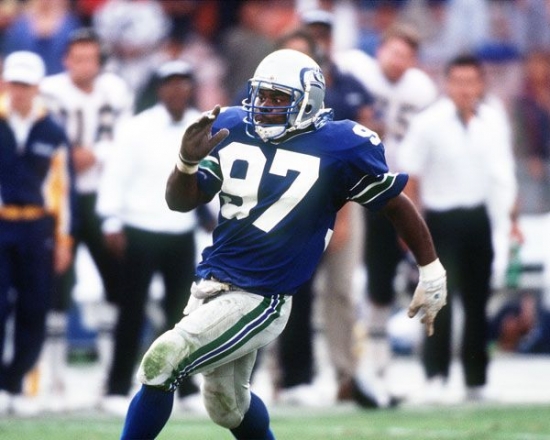 Rufus Porter went undrafted in 1988, but the Linebacker from Southern landed a job with the Seattle Seahawks, where he was a Pro Bowl Selection as a Special Teams player as a rookie.  This was a good start, but Porter found a more significant role with the team in later years.

In his second year, he saw more action at Linebacker, especially in pass-rushing, where he had 10.5 Sacks, good enough to land him a Pro Bowl spot again.  Porter played with the Seahawks five more seasons at Right Linebacker, where he had another 10 Sack year in 1991.  He left for the New Orleans Saints in 1995, and with the Seahawks, he had 37.5 Sacks with 388 Tackles.