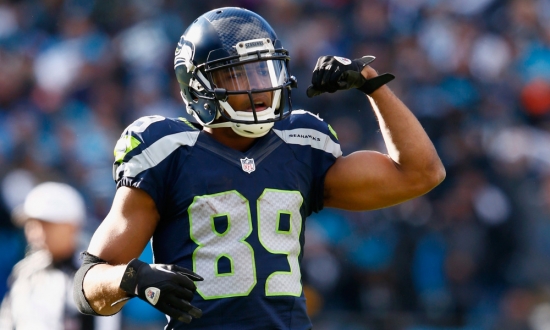 Doug Baldwin had an excellent career with Stanford, but it did not result in a draft pick in 2011.  The Seattle Seahawks signed him, and Baldwin made the team, which would be the only franchise he would play for in the National Football League.

Baldwin did well as a rookie with 788 Yards, and he had similar numbers in 2013 and 2014, where he was seeing more downs.  He helped the Seahawks win Super Bowl XLVIII, and reach the following year, and as Seattle was good when he played, he had a lot of playoff time.  Baldwin had 734 post-season yards with six TDs in 13 playoff games.

In terms of regular seasons, Baldwin reached the four-digit mark in Receiving Yards in 2015 and 2016.  2015 was especially strong for Baldwin, where his 1,069 Yards with a league-leading 14 Touchdowns.

After failing a physical, he was released in 2019 and would retire shortly after.  Baldwin would have 6,563 Receiving Yards with 49 Touchdowns.