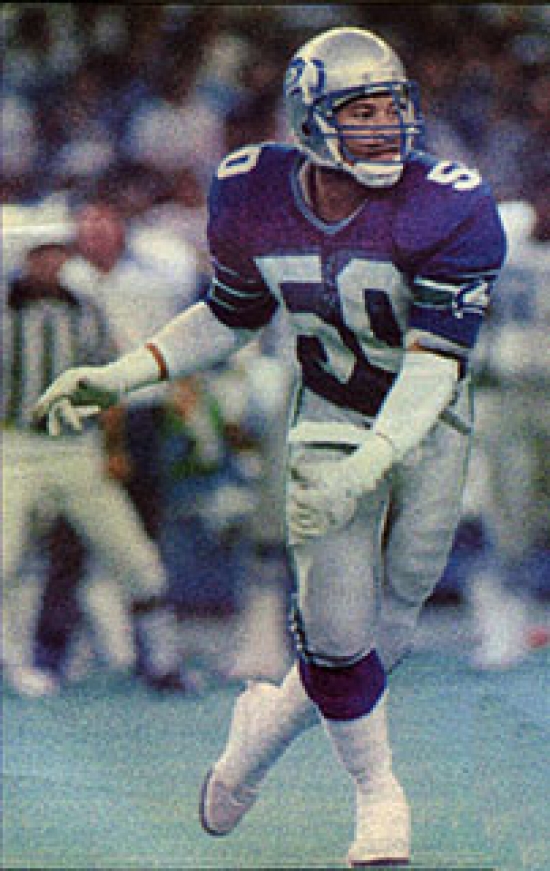 From New Mexico State, Fredd Young came to the Seattle Seahawks as a Third Round Linebacker, though that is not what he would do much of as a rookie.

Young played in all sixteen Seahawks games but was mostly used as a Special Teams player.  He was very good in that capacity and would go to the Pro Bowl, which would turn out to be the first of what would be four straight such accolades.

That being said, the last three were as a Linebacker.  Young took over in 1985 at the Left Inside position, and in 1987, he was especially useful, earning a First Team All-Pro nod, and providing stability in that role for the Seahawks defense.  This would end that year, as Young signed with the Indianapolis Colts in 1988, but his Pro Bowl days would be over.