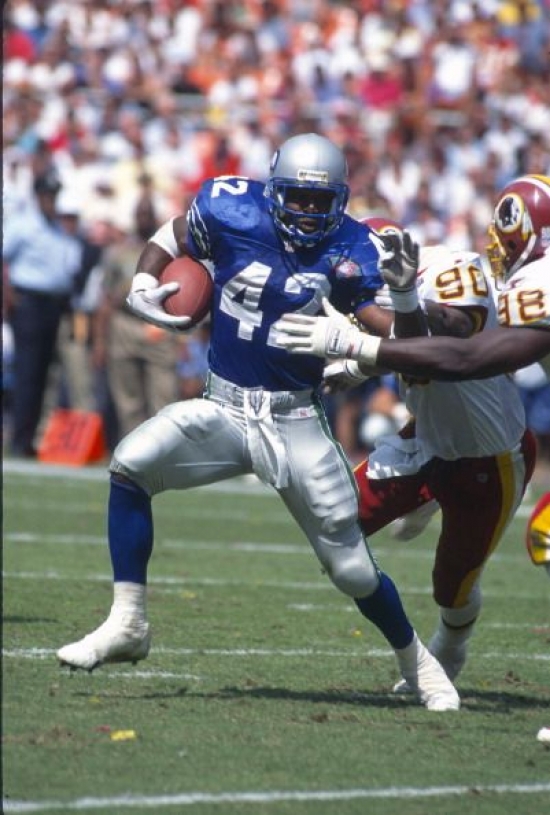 Chris Warren was a beast at small Division III Ferrum College, but he could do the same at the NFL level?  The Seattle Seahawks thought they would take a shot with him with their Fourth Round pick in 1990.