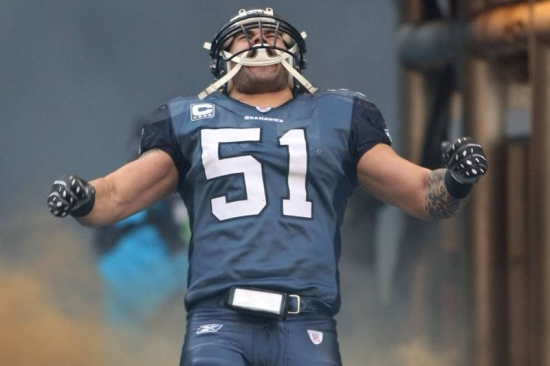 The son of former NFL Fullback, Mosi Tatupu, Lofa Tatupu would exceed his father’s career, first by being an All-American Linebacker and two-time National Champion at USC, and then for his work on the professional ranks with the Seattle Seahawks.

The Seahawks took the Linebacker in the Second Round in 2005, and in his first three NFL seasons, he was on a Hall of Fame trajectory.  In those seasons, he went to the Pro Bowl, was an All-Rookie, and was a First Team All-Pro in the third season (2007).  Tatupu would also exceed the 100 Tackle mark in all three of those years.

In the three years after, he was not as productive, and only played five games in 2009 due to injury.  When he played, he was still good but wasn’t at the same level as he had been before.  He signed with the Atlanta Falcons in 2011, but a torn pec led to his release, and he never played in the NFL again.

Tatupu would have 10 Interceptions, 8.5 Sacks, and 552 Tackles over his career.