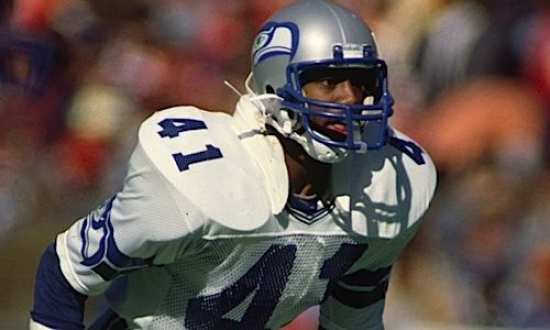 Eugene Robinson went undrafted out of Colgate in 1985, but he was signed by the Seattle Seahawks, where he made the team.

Robinson would become a starter as a sophomore, where he was their starting Free Safety until 1995.  Robinson was at his best in the early 90s, where he went to the Pro Bowl in both 1992 and 1993 and led the NFL in Interceptions with nine in the latter campaign.  He signed with the Green Bay Packers in 1996, and he secured 42 Interceptions as a Seahawk.

Robinson would later help the Packers win the Super Bowl, and would go to his third Pro Bowl in 1998 when he was an Atlanta Falcon.