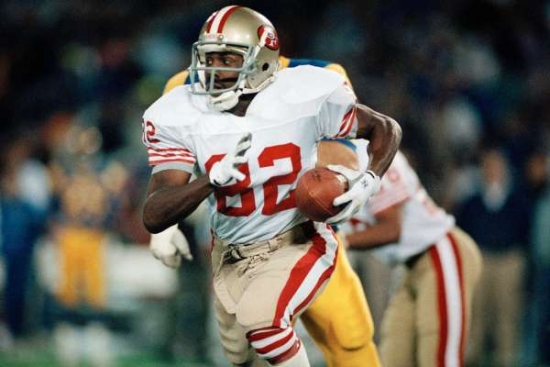 John Taylor was one of the few players to be drafted from Delaware State when the San Francisco 49ers took him with their Third Round Pick in 1986.

Taylor saw limited action as a rookie but was a Pro Bowl Kick Returner in his sophomore year, the same season where San Francisco won Super Bowl XXIII.  The Wide Receiver was a Pro Bowler again in 1989, though this time at the offensive skill position.  Taylor had 1,077 Yards with 10 TDs and likewise aided the 49ers in a Super Bowl win.

Taylor was never chosen for another Pro Bowl, but he was a very good Wide Receiver who had another 1,000 year in 1991.  He played until 1995, winning another Super Bowl and finishing with 5,598 Yards and 43 Touchdowns.