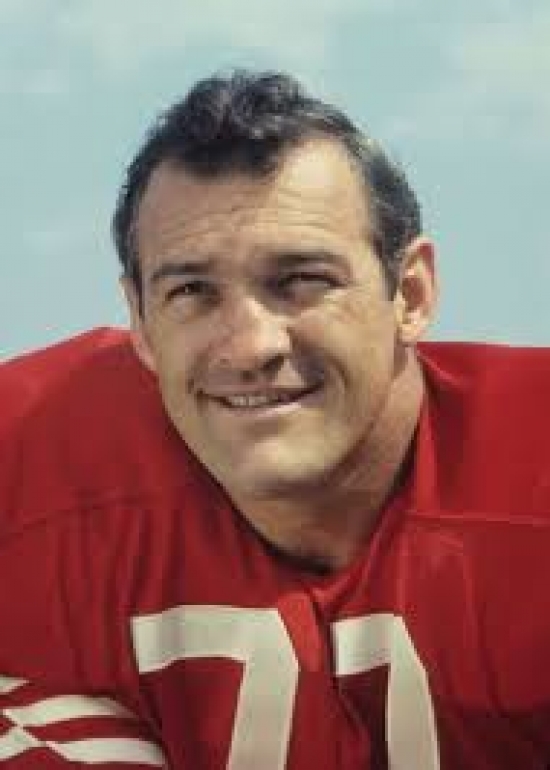 Bruce Bosley was a Second Round Pick from West Virginia, and in his rookie year (1956), he was playing on the defensive side of the ball at Left Defensive End.  That would be short-lived as he only played six Games in 1957, but he rebounded in 1958, now playing at Left Guard.

Bosley played four seasons at LG, going to the Pro Bowl in 1960, and he switched over to Center in 1962.  The former Mountaineer stayed in this position for the rest of his career, and he added three more Pro Bowls (1965, 1966, and 1967) to his resume.  His pro career was not exclusive to San Francisco, as his last year was with Atlanta.