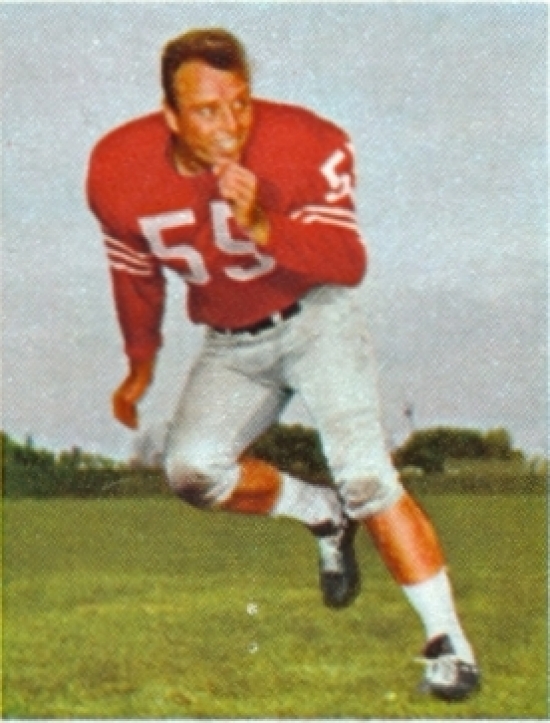 Matt Hazeltine came from the University of California as a Fourth Round Pick in 1955, and the Linebacker remained in his native state through the majority of his pro career.

Hazeltine started as Linebacker as a rookie, and he maintained that role throughout his Niners career.  The former Golden Bear was named to the Pro Bowl in 1962 and 1964, and he started 185 of his 190 Games with San Francisco.

He would later be inducted into the College Football Hall of Fame.