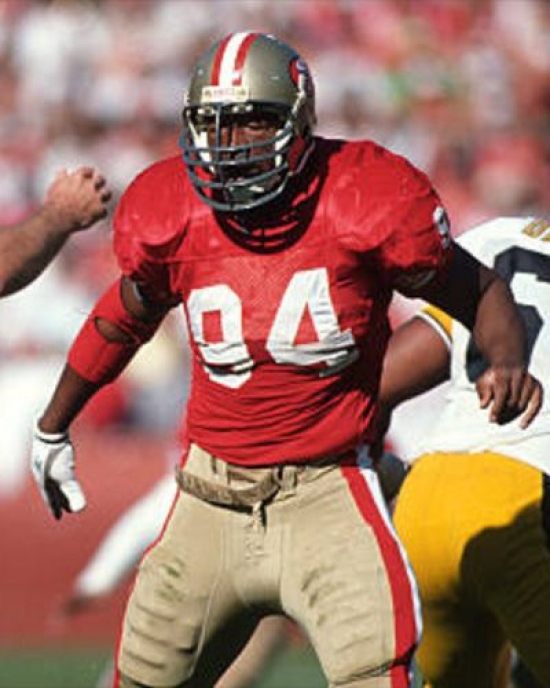 The first player to accumulate five Super Bowl Rings was Charles Haley, who collected the first two of those finger jewelry as a San Francisco 49er.

The Linebacker was a Fourth Round Pick from James Madison in 1986, and he was an All-Rookie who excelled at the pass rush with an even 12 Sacks, a nice amount considering he only started one game. Haley missed four Games the year after, but he was named the starting Left Outside Linebacker in 1988, and had a great year where he had 11.5 Sacks, went to the Pro Bowl, and helped the Niners win the Super Bowl over the Cincinnati Bengals.

1989 was similar, as Haley had over ten Sacks again (10.5), and was a large part of the squad that won Super Bowl XXIV over Denver. Haley proceeded that with his best regular season as a 49er, with 16 Sacks, a First Team All-Pro, and a 20 in Approximate Value, that would be good enough for second overall in the NFL.  A Pro Bowl Selection again in 1991, the Niners grew wary of Haley, who frequently clashed with Head Coach, George Siefert, and San Francisco traded him to Dallas, where he won three more Super Bowls.